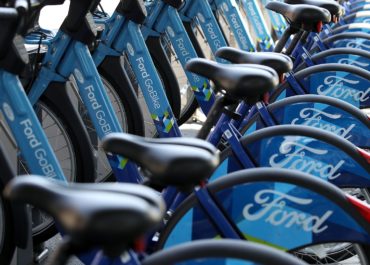 Why it matters: Ford’s involvement in the deal that saw Motivate’s bikes branded as Ford GoBike was part of a larger effort on the company’s part to transform itself into more than just a carmaker, especially as alternate transportation services have flourished and autonomous vehicles enter the equation.Show less

Asked to clarify, a Ford spokesperson told Axios that the companies have decided to end the partnership in the next couple of months.

Why cryptocurrencies could be the sponsorship currency of choice in sport